by mindfulmeditation28@gmail.com
in Cannabis News
0


On a Tuesday a few weeks ago, Connecticut officially opened its doors to the legal adult-use cannabis market. The state’s cannabis retailers generated more than $359,130 on the first day of regulated sales. This marks a significant turning point for the state, as it joins the growing number of states across the country that have legalized marijuana for recreational use.

The effort to legalize adult-use cannabis in Connecticut was led by Democratic politicians, including Governor Ned Lamont, who argued that regulating the cannabis industry would protect consumers and help communities affected by the War on Drugs. In June 2021, Governor Lamont signed legislation ending the prohibition of recreational marijuana, legalizing possession for adults 21 and older, and developing a framework for regulated adult-use sales. The measure also included restorative justice and social equity measures, including expunging nearly 43,000 marijuana-related convictions on New Year’s Day.

The state’s cannabis market is starting small, with only seven existing medical marijuana dispensaries being granted licenses to sell recreational marijuana as “hybrid retailers.” These dispensaries, located in Branford, Meriden, Montville, New Haven, Newington, Stamford, and Willimantic, opened their doors to recreational customers on Tuesday morning. By 5 p.m., the seven shops had sold $359,130 worth of cannabis products to recreational customers, according to the Connecticut Department of Consumer Protection.

Customers were confronted with higher costs than those in Massachusetts, a neighboring state. A comparison of prices online revealed that a packet of 100-milligram edibles at a dispensary in Stamford cost $40 before tax, whereas a comparable product with an identical THC content of 100 milligrams cost $25 at the company’s Rowley, Massachusetts location. According to reports, equivalent goods cost $25 in New Jersey and $35 in Rhode Island, respectively.

Cannabis marketplaces typically launch with higher-than-average pricing, but prices frequently decline and settle as the market matures. President of the Connecticut Cannabis Chamber of Commerce, Adam Wood, predicts that when supply and demand shift, “prices will fluctuate.” Only four licensed growers exist in the state at the moment. According to Wood, the state may grant permits to up to 30 to more than 40 cultivators.

Democratic State Senator Matt Lesser attended a ribbon-cutting ceremony to mark the launch of recreational sales at the Fine Fettle cannabis dispensary in Newington. He noted that starting recreational sales at a few shops, and implementing reservation systems, helped control crowds and prevent traffic backups on local roads. He also highlighted the importance of starting small, saying, “Starting small is the smart way to do it and allows us to really learn from other states and work out any kinks we may have in the new system.”

Despite his support for cannabis policy reform, Lesser expressed concerns about legalizing recreational marijuana, specifically the potential for people to drive under the influence. He also emphasized the importance of generating revenue for substance abuse prevention and treatment programs and bringing the industry out of the shadows and into a regulated framework.

In a statement commemorating the event, Governor Lamont stated, “Today marks the beginning of the end for the injustices caused by the war on drugs, seeing as there is now a legal alternative to the risky, uncontrolled, and the illegal cannabis industry.” “We’ve carefully constructed a safely regulated market that emphasizes public health, public safety, social justice, and equity,” he continued, “along with our colleagues in the legislature and our team of specialists at the Department of Consumer Protection. I’m eager to keep working to make sure this sector continues to grow inclusively and safely.

One of the challenges facing the cannabis industry in Connecticut is the higher prices compared to neighboring states. This is not uncommon for new adult-use cannabis markets, as prices usually start high and come down as the market matures. However, it may be a barrier for some consumers. It may encourage them to continue patronizing illegal sources, potentially harming the new market’s success in the short term.

Another challenge for the cannabis industry in Connecticut is the limited access to capital for small businesses and those from marginalized communities. This is a common issue in the cannabis industry, and the state needs to address it to create a better, inclusive and equitable market. One solution could be to establish a social equity program, similar to those in other states, that provides financial assistance and business support to these groups.

For instance, California’s social equity program prioritizes and helps people from neighborhoods that the War has disproportionately impacted on Drugs get cannabis licenses. The initiative offers these people financial and technical support to help them get their cannabis enterprises off the ground and navigate the licensing procedure.

In a few months, two brand-new medicinal marijuana dispensaries in Torrington and Danbury are anticipated to start accepting recreational users. This is just the beginning of what to expect in the coming months as Connecticut continues to navigate the challenges of the cannabis sector and tries to create a more inclusive and equitable market.

It is important to note that marijuana is still illegal under federal law, and the U.S. government has not said how it will deal with states that legalize it. However, the Biden Administration has indicated that it will not prioritize the enforcement of federal marijuana laws in states that have legalized marijuana.

The launch of the legal adult-use cannabis market in Connecticut marks a significant step forward in the ongoing effort to end the prohibition of marijuana and create a regulated, safe and inclusive market. With the support of politicians and the community, Connecticut can serve as a model for other states looking to legalize marijuana and work toward social justice and equity.

MORE ON CONNECTICUT WEED, READ ON… 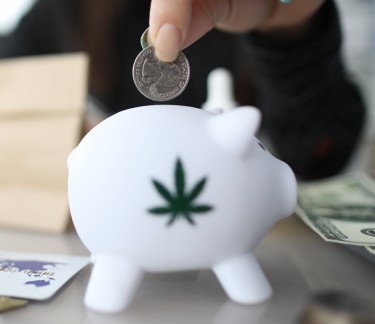 THE STATE OF CONNECTICUT INVESTS IN WEED COMPANY 1906?

Should Marijuana be Legalized in Nepal?

Some Basic Information On Delta 9 Gummies

How to prepare to have guests over!