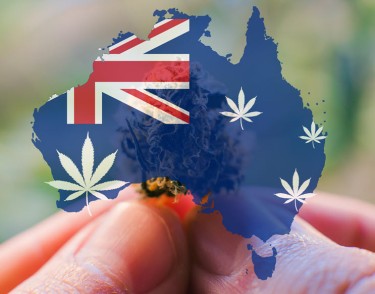 Australians Get High Over MMJ: Study Shows More People Turning To MMJ Over The Black Market Down Under

However, patients can only access medical marijuana in Australia with a prescription from a doctor. It’s still illegal to purchase marijuana in any form, even online, if you don’t have the prescription. The most common conditions people are seeking marijuana for treating include anxiety, chronic pain, depression, inflammatory and sleeping disorders.

But marijuana is notoriously expensive and difficult to obtain in Australia; this has resulted in the flourishing of the black market over the last few years. There are many risks from buying weed from the black market: patients have no guarantee what’s in the herb, and it can also contain contaminants that can make illnesses worse. The unregulated products sold in Australia’s black market are no different from those in the US black market: unidentified ratio of THC and CBD, as well as other substances that we have no idea about.

It’s understandable why the Australian Register of Therapeutic Goods (ARTG) has to be strict about products that they approve for the use of patients, even if it comes at a price.

But new research shows that even if illegal cannabis is popular in Australia, more people have been turning to prescriptions. The research, out of University of Sydney’s Lambert Initiative, sought to have a better understanding of marijuana consumer habits in the country, as reported by High Times. For the methods, the researchers conducted a cross-sectional anonymous poll to 1,600 subjects from September 2020 through January 2021. The participants were over the age of 18, had been self-identified medical cannabis users, and Australian residents.

The research authors indicate that past surveys reveal, most consumers turned to the black market even if marijuana has been legal since 2016. On the other hand, regulatory data shows that there is a spike in medical marijuana prescriptions from 2019 onwards. Back in 2018, only 2.5% of respondents said that they had a legal prescription to use medical marijuana. This time around, 37.6% respondents said that they did. Those with a legal prescription were predominantly women, older, and less likely to be employed.

Even if there is a rise in medical marijuana patients in the Land Down Under, just 10.8% of survey respondents said that the current system for obtaining MMJ was “straightforward or easy”.  They said that the cost of legal marijuana was an obstacle for obtaining it, since the average price is around $79 a week. On the other hand, those who were still turning to the black market said that they faced challenges with locating doctors who were experienced enough or even willing to prescribe MMJ.


According to CannAus, some 27,000 Australians already have access to legal medical marijuana thanks to the Special Access Scheme. They point out that just because you do have a prescription doesn’t make the drug more accessible; their data from January 2020 states that the average citizen shells out a hefty $436 monthly on MMJ.

The costs remain a serious barrier, making it only a medicine that the wealthy can afford at the moment. Over half a million people are still buying cannabis from the black market, though they still have no choice when the prices are still sky high. In doing so, they face numerous risks.

Despite these challenges, which can be expected of any medical cannabis market still in its infancy, the reports are promising. There is no doubt that Australia is experiencing a medical marijuana boom right now.

Another recent survey, this time from the National Drug Strategy Household Survey (NDSHS) which was conducted in 2019, more Australians back regular cannabis consumption compared to tobacco. Twenty thousand people aged 14 and up were surveyed for the study, showing for the first time that people in Australia were more accepting of cannabis than tobacco.

They also think that tobacco users should face stricter penalties, most especially those that sell it to minors. Support levels aren’t as high compared to Canada and the United States. However, it’s clear that more Australians are continuing to show support for legal cannabis.

Additionally, the survey showed that there was a stark increase in support; back in 2010, just 25% of respondents supported legal marijuana compared to 41% in 2019.

Currently, more than 200 various cannabis products can be purchased in Australia by legal medical marijuana patients. The industry also continues to grow, as more products are being introduced into the market consistently. Cannabis is available in oral strip, wafers, oils, flowers, capsules, and topical formulations. Oils are the most popular way to consume marijuana in the country, followed by flower, based on medical marijuana prescription data from September 2021. 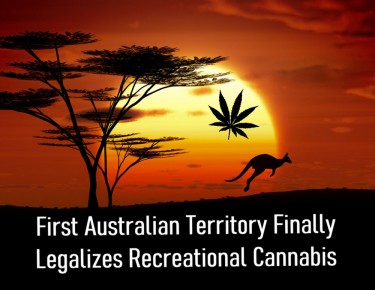 How to Make Snow Cones with Paw Patrol & Frozen Princesses

WAKE N BAKE! weed po#n edition! show us what ya got!

We Skeem – Voicemails from a Loser (Album Review) [with We Skeem]