Why Do 80% of the People in Hawaii Prefer Illicit Market Cannabis over State Licensed Legal Dispensaries?


According to recent research from Hawaii, 80% of cannabis users still choose the illegal market over the government-run medicinal cannabis program.

This high figure isn’t particularly surprising, given that cannabis use for recreational purposes is still illegal in Hawaii and won’t be decriminalized until 2019. Nevertheless, individuals working lawfully in Hawaii’s marijuana sector contend that those figures are only that high due to the existing subpar “market structure and regulation.” High taxes are also one of the most cited reasons consumers purchase cannabis on the illegal market.

Hawaii’s cannabis business is now estimated to be worth $240 million. Upon the legalization of recreational use, projections indicate that it might increase to $354 million. However, according to a recent analysis, these figures are small compared to the $8 billion in annual tax revenues the state currently receives. A legal motive to decrease taxes may exist in addition to the fact that there is no financial motivation to do so.

According to several respondents to the research, Hawaii should avoid burdensome levels of regulation and taxes if marijuana were to become legalized to supplant the state’s black market.

However, this black market problem probably extends beyond taxation. There are currently just eight authorized medicinal dispensaries in the state, and they’ve all had trouble making money.

Only 3 of these dispensaries are making a profit, according to Randy Gonce, executive director of the Hawaii Cannabis Industry Association. And none of them have provided investors a return on their investment. “On paper, they’re not successful enterprises,” Gonce concluded. You’re dealing with stringent restrictions and a minimal customer base. It’s just a difficult sector to work in because your taxes are so high, and you can’t deduct them at the federal level.

Although Hawaii has legalized medicinal cannabis since 2000, little progress has been made. One of its greatest problems is that just 15 conditions on its incredibly short list of qualified ones can receive a prescription. A doctor’s decision to even suggest marijuana as a treatment depends significantly on how severe these ailments are.

The scarcity of cannabis, though, is a much greater problem. There are now slightly about 35,000 registered medical patients in Hawaii. All of those patients are restricted to the eight dispensaries in the state, each of which is restricted to a certain island, as was previously indicated. Lanai and Molokai medical patients lack direct access to medical marijuana.

The 4.5% General Excise Tax (GET) imposed on all marijuana-related items is the icing on top of these problems. Of course, this figure is lower in other sections of the nation. For instance, all retail cannabis goods in California are subject to an excise tax of 15%. But as company licenses have become more accessible in California, more farms have started producing goods. As a result, costs have decreased, making the product more accessible to customers.

In Hawaii, however, cultivation licenses begin at $75,000, with an annual renewal charge of $50,000. It makes no sense to invest in such outrageous fees, given the market’s long history and the apparent lack of profit in the sector. Some Hawaiians have taken to importing marijuana due to a shortage of production.

Getting Around The Challenges Facing Hawaii’s Cannabis Sector

Legalizing recreational activities would be a simple solution to increase the customer base. This could end up being trickier than it appears, though. For starters, the subject has about a 50/50 divide among Hawaiian voters. Second, lawmakers have avoided the issue for the past few years because departing Governor David Ige opposes recreational usage.

The impending midterm elections will significantly influence how this issue is handled over the next few years. Among the candidates, Lt. Gov. Josh Green (D)

favors legalizing recreational use while Lt. Gov. James “Duke” Aiona (R) opposes it. However, Hawaii’s market will still face difficulties even after legalization. And this is just a result of the state’s industry’s output shortcomings. In truth, Californian marijuana is being imported into Hawaii in large quantities rather than cultivated there.

What May Come Next

Hawaii ultimately needs to create an equal legal market to start cutting down on the black market. As previously indicated, the cost of entrance into the sector is exorbitantly high, and because there is little demand, capital investors are especially wary of such generous financial incentives.

We aim to create a shallow entrance barrier while maintaining the business’s integrity, as Gonce puts it. He elaborated on this by stating that organizations had to be watched, financial movement ought to be controlled, and the government should conduct product testing for potency and purity. However, these adjustments should only be made if they result in lower consumer pricing. The price of legal cannabis in Hawaii is 40% to 100% more expensive than on the black market. For instance, one ounce of marijuana costs about $350 in a dispensary but only $250 on the black market.

Production inside the state must rise to reduce prices. And the government must urgently open the market to entrants to expand output. According to the research, problems with the market structure and regulation result in high pricing that is noncompetitive compared to the gray market. Laws and regulations that restrict growth, market size, competition, and specialization produce an unfavorable market structure.

It might not be possible for Hawaii to address the issue of the black market because its’s root is thousands of kilometers over the Pacific. According to a task force assessment, illegal cannabis in California is reasonably priced and of high quality. Even if Hawaii allows adult usage, this market dynamic will still exist.

Meanwhile, Hawaii’s law enforcement has become more active in pursuing illicit enterprises to confront the problem immediately. But despite being so forceful, growth has continued. According to the task force’s assessment, the illegal market has grown to such a size that the state is now a player in the national marijuana market. 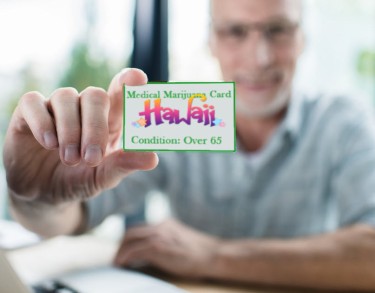 MEDICAL MARIJUANA CARDS FREE IN HAWAII FOR OVER 65!

Is Polyester Making You Sick? The Real History of Cotton and Hemp

What Is THC-P: Benefits, Uses, and Legality

Packing Everything I Own In A Minivan | Grocery haul, new window covers and final touches! #VanLife